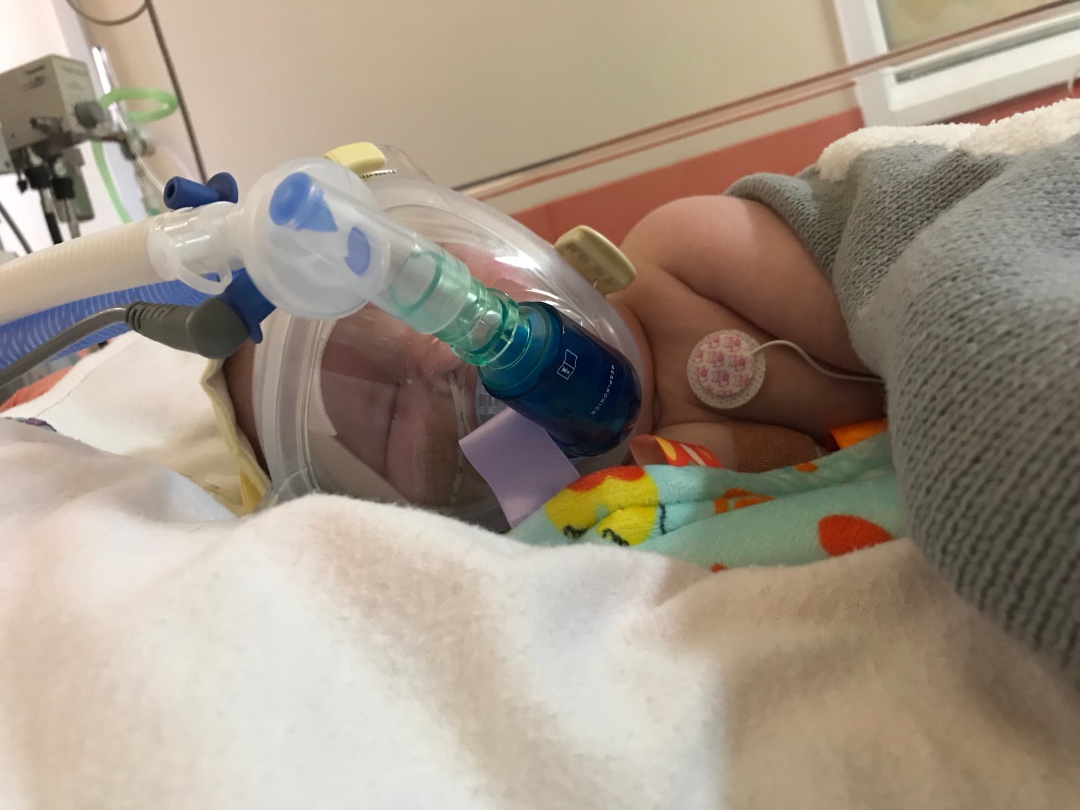 So this is my first post. I’m sat next to Joshua’s cot on PICU at the Birmingham Children’s Hospital, it’s 1:30am and he’s finally settled after a long day. Laura and my days seem to follow a pattern of late ever since we’ve been admitted to the hospital almost 2 weeks ago. We take turns to stay with him overnight while the other gets some “rest” at home with Isabelle. This isn’t how I imagined our second child would turn out, there was nothing to predict this during Laura’s pregnancy, but here we are, waiting on yet more genetic tests and hoping to find an answer as to why Joshua suddenly stops breathing.

His episodes have been present from about 4 weeks old. I call them episodes because we’ve had no official diagnosis. First while at the Birmingham Women’s Hospital we were told they might be seizures and after one episode that included eye twitching we started to believe it. Several episodes later and with no signs of seizure like activity now we’re not so sure. What we do know is that these episodes are severe enough that Laura has had to perform rescue breaths at home and we’ve had 3 ambulances to A&E in 3 weeks, the last resulting in this current 2 week stay. During our 8 weeks at the Birmingham Women’s Hospital, 3 to 4 weeks at home and now 2 weeks at the Birmingham Children’s Hospital we estimate that Joshua has had around 30 episodes of varying severity. I dread to think about the ones that we’ve missed.

Joshua was born at 34 weeks by emergency section due to pre-eclampsia. Laura has always had high blood pressure so we knew that this was a possibility but we hoped with plenty of rest and finishing work early Laura could make it to at least 34 weeks which as many people told us would mean we were “out of the woods” for all the major complications. He was ventilated for a day and then put in nasal prongs with a plan to wean him off the oxygen and start feeding by bottle/breast as soon as possible. We quickly found this to be more of a challenge than first thought. While Joshua has a great suck (no jokes, he is still just a baby remember) he always struggled to swallow any milk, often either keeping it in his mouth until it started to pour out or he would try to swallow it and then follow up with dropping his sats enough to make the monitor bing and the nurses come running. The doctors were also concerned about Joshua’s movement and kept mentioning Hypotonia. They initiated several tests and said they would review him regularly. After a referral to the speech and language therapist we slowed down with the feeding and started trying a blocked teat which seemed to work and allowed us to build confidence in the whole process. Over the next few weeks his hypotonia started to improve although the doctors still wanted to do more tests to find the cause. All the genetic and muscular tests came back normal and we were on our way to being discharged when Joshua had his first episode.

It came totally out of the blue. One second he was looking at me in his cot, waving his arms and legs, then I heard the alarm and looked at his sats. 70… 55… 30… 15. In the seconds that I had looked at the monitor and then back at Joshua thinking his probe had slipped off he had turned into a lifeless grey body.  His nurse Georgina (a woman I will never forget, or be able to fully thank) pulled the emergency buzzer and started bagging Joshua. Within seconds the cot space was flooded with doctors and nurses. After what seemed like forever his sats came back up and the doctors told me that he had most probably choked on some reflux or his NG tube. He did this a further 2 times that day, but the second time Laura thought that he was showing signs of a possible seizure. He was given a loading dose of Phenobarbitol and monitored on a CFM for the next 24 hours.

Phenobarbitol is rough. Joshua slept solidly for a week. All the progress with his hypotonia was lost and we were devastated. The CFM showed no signs of seizure activity and yet more tests came and went all with normal results. When he finally awoke, Joshua had more episodes and the doctors decided to keep him on a maintenance dose of Phenobarbitol, but to not increase it with his weight so as to slowly wean him off the drug. We had an EEG and an MRI, it showed some minor swelling and a few small bleeds on his brain but nothing to worry about according to the doctors.

We were finally discharged home 4 weeks after the first event. His hypotonia improved greatly at home and although feeding was still a challenge (though his NG tube) we were hopeful that the main issues were behind us. How wrong we were!

I think the second trip to A&E was the most frustrating. We were under the neuro team who were convinced that Joshua was having seizures and that increasing his Phenobarbitol was the answer. He was in hospital for one night before being discharged home with a 4 fold increase in the drug. Joshua went back to sleep for days and even when we could rouse him he wasn’t at home (a look that takes me A LOT of drinking to achieve). We called his doctors at both hospitals and got no response. Finally Joshua had another episode and we ended up back at A&E. After reviews by several doctors they now agree that already having hypotonia, Phenobarbitol is the wrong drug of choice. He is now on Keppra and has been seizure free for several days and whats better. No sleepy side effects! Unfortunately the episodes still persist.

Since admittance to the PICU Joshua has been on a non invasive ventilator. This seems to suit him. Although he doesn’t like the full face mask, it keeps his breathing to a given rate and for the most part keeps his sats high. He is also getting back to the Joshua we had before Phenobarbitol which is wonderful to see. He kicks his legs, smiles at the nurses and loves cuddles from his dad. Today Joshua has had a EMG which involves inserting needles into his nerves and muscles to see if the communication between the two is working. Another test passed and still no answers. I don’t know what the future holds for him, I don’t even know how long we’ll be in the hospital for this time, but so far all the tests have come back normal which in the immortal words of Carrie Fisher as a CGI Princess Leia at the end of Rogue One gives me “hope”.

You have to stay hopeful

View all posts by Ben Alexander